CREATIVITY – it’s challenge number one for a songwriter – are you inspired? Do you feel playful and imaginative, deeply in love, heart broken, at the start of a great adventure in life or simply horribly lost, staring deeply into the void. Either way it has to be there -some heartfelt emotion to jump start you into action. You have to harness that elusive creativity through inspiration to even start writing.

Some of the best or most famous songs ever written have been produced by spontaneous outbursts of feeling or ideas – inspiration. Then worked on to reach a perfection. It’s something to contemplate before you even begin trying to write songs.How and where in life do I get inspiration from?

Paul McCartney, for example,  famously claims that “Yesterday” arrived in his head in a dream as a melody. He spent some times singing “ham and eggs” or “scrambled eggs” to a piano trying to keep hold of the idea waiting for the lyrics to come later.

Then he took it to the other Beatles hoping it wasn’t something he’d lifted from another artist. “It was like handing in something you’d found at the police station and waiting to see if anyone claimed it.”

It’s disputed but apparently John Lennon came up with the title and they spent months on the song getting it right, making it catchy but not gooey.

You don’t have to be famous though to be inspired and write a decent song. Any songwriter at any level can relate to the notion of starting off with a song melody or a few words that are emotionally inspired or almost mystical in the way they turn up in your brain and sing themselves or speak themselves to you.

Of course – the tools of writing a song, the guitar techniques have to be there. The chords, finger picking, use of a capo, ideas of structure and poetry, maybe even a few melodies rolling around from previous songwriting sessions. That means you need to be a ble to play and it helps if you can sing.

Plus you need patience and confidence in your own ability to complete a song without succumbing to frustration and doubt. Not an easy state of mind to be in at all.

But you can do it! 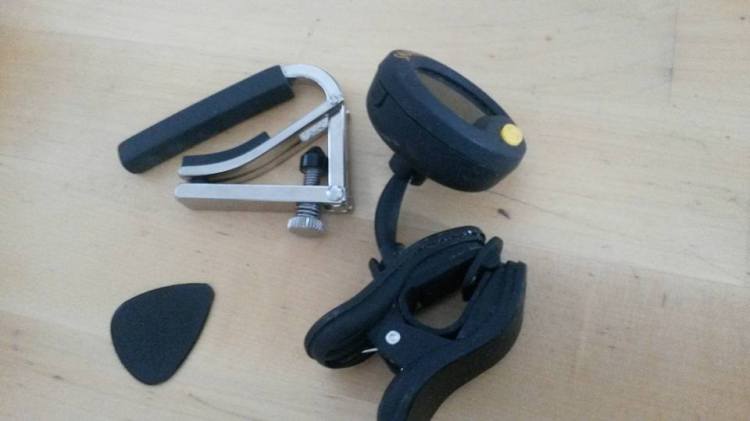 If I didn’t mean it. If I don’t mean it. I don’t want the song. The songs I really love to sing are the ones that the emotions are written into the lines, etched into the melody, so each time you sing it, it comes out again and every audience worth playing to is the one that shares the emotion you’re expressing.

I honestly believe that if you set out writing a song with only the intention of selling it and being impressive, to the point where it dominates your feelings it’ll taint the meaning for the listener – it’ll ruin it. If you’re a cold to the song. If you use it to further your calculated ambition to impress or sell – sure you can use the trickery, the imagery, the techniques but somehow it won’t be real. It’ll be in there somewhere . A fake song made to sell is always going to be a fake.

Be true to yourself. It’s a more important lesson in life than the songwriting and it’s worth not caring about failure for. If you can’t write an honest song – then don’t bother writing one at all. I, for one, don’t wish to be insulted by its deception. Unless it’s powerfully dark and dishonest in a devilishly effective manner of course.

It’s not only about who you are and finding out how you feel, it’s also about the life you lead, physically in space and time. Here are some great states and places to be in to write a song. Don’t try and manufacture them, that’s like chatting some one up, telling them what they want to hear, doing the musical on them and  then dumping them. Don’t be a swine. Just know it. Let it happen.

Places and feelings to inspire songwriting

Most importantly thought -stick to the themes of your life, the person you are, the passions you always have. Your drives, desires, issues. You’re the one who truly knows what’s going on in your head and your heart. So you can read through the examples in the list above and then come up with  an equivalent bunch of your own.

Here’s a song that I wrote in my Preston flat close to Avenham Park following a break up of a 13 year relationship. The way I felt about my former girlfriend came out naturally and the context of all the other relationships I’d ever been  in.

You rested on me

With all of your colours

You left on the wind

And it feels like…such a long, long , time ago now

On a cliff edge of reasonlessness

I was ready to dive

On a wing and prayer

All of my lovers

They come and they go

I thought that you and I had transcended

the life that we know

And if feels like such a long, long time ago now

I had to do this

I had to get low

To squeeze out all my pride

and come out the other side

And it feels like such a long, long time ago now.