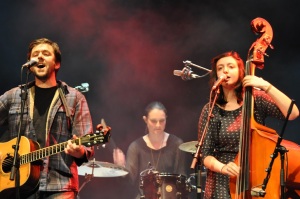 Sweeney Astray is an indie folk trio based in Preston, London and Manchester (Mike, Hannah and Anna).

It is also a vehicle for Mike’s songwriting and the  line up can vary depending on the availability of musicians.  His songs are a unique mix of poetic balladry, catchy melody, acoustic songwriter and alt indie folk. Every song tells a story, whether it’s about love and the ocean, backpacking, drinking or fighting in a war. It’s about good music, togetherness and holding onto that inner strength. Sweeney Astray released their fist single, the Rooks of Kathmandu, in Dec 2014 (available for a free listen below).

Sweeney Astray music is available to download from their site on band camp https://sweeneyastray.bandcamp.com/

The Rooks of Kathmandu, Sweeney’s first single released in December 2014, is available for a free listen below.